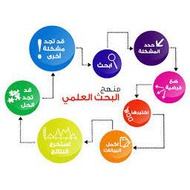 All resources in البحث العلمي

The governing equations for two-dimensional generalized thermoelastic model in piezoelectric media under initial stresses effect by applying suitable conditions are solved. The generalized theories of piezothermoelasticity have been used to investigate the problem. In this model, there are four types of plane waves quasi-vertical transverse (QSV), quasi-longitudinal (QP), thermal wave (T-mode), and potential electric waves (j-mode). The closed-form expressions for the reflection and refraction coefficients for various reflected and refracted waves are obtained. These reflection and refraction coefficients are found to depend upon the angle of incidence of SVwave, thermoelastic, piezoelectric parameters and other material constants. The numerical values of modulus of the reflection and refraction coefficients are presented graphically for different initial stress and thermal relaxation time values.

The present paper concentrates on the study of reflection and refraction phenomena of waves in pyroelectric and piezoelectric media under initial stresses and two relaxation times influence by apply suitable conditions. The generalized theories of linear piezo-thermoelasticity have been employed to investigate the problem. In two-dimensional model of transversely isotropic piezothermoelastic medium, there are four types of plane waves quasi-longitudinal (qP), quasitransverse (qSV), thermal wave (T-mode), and potential electric waves (φ-mode) The amplitude ratios of reflection and refraction waves have been obtained. Finally, the results in each case are presented graphically.

This paper is devoted to study a problem of reflection and refraction of quasi-longitudinal waves under initial stresses at an interface of two anisotropic piezoelectric media with different properties. One of the two media is aluminum nitride, which is considered the down piezoelectric medium and the above medium is chosen as PZT-5H ceramics. The two piezoelectric media welded are assumed to be anisotropic of a type of a transversely isotropic crystals (hexagonal crystal structure, class 6 mm). The equations of motion and constitutive relations for the piezoelectric media have been written. Suitable boundary conditions are used to obtain the reflection and refraction coefficients. For an incidence of quasi-longitudinal plane waves, four independent-type amplitude ratios of elastic displacement components for plane waves, called quasi-longitudinal (qP) and quasi-shear vertical (qSV) waves, are shown to exist. Also, it is observed that there exist four dependent amplitude ratios of electric potential, which are proportional to the previous four types. Finally, it is found that the coefficients of reflection and refraction are functions of angle of incidence, elastic constants, piezoelectric potential parameters and the initial stresses. Numerical computations and the results obtained are depicted graphically. In the end, a particular case has been reduced from the present study. This investigation is considered important because the initial stresses in such practical problems are inevitable and may result in frequency shift, a change in the velocity of surface waves and controlling the selectivity of a filter compensation of the devices.

The main aim of the paper is to derive explicit exact secular equations of the Rayleigh surface waves in an anisotropic piezoelectric smart material. A details solutions for variations of displacements and electric fields as a function of distance from the free surface are obtained. First, the governing equations of motion for the piezoelectric media on the basis of a fundamental acoustic tensor are derived. Then, using an appropriate representation of the solution, the frequency equation under suitable mathematical boundary conditions of the wave motion is obtained. Next, the characteristics of surface waves propagating in piezoelectric elastic half-space and their dependence upon the physical parameters are investigated. The real and imaginary parts of complex amplitudes of surface displacements and electrical fields are computed and presented graphically. Furthermore, we verified and computed the results numerically for Barium Titanate material, which is found to be in close agreement with the analytical results. This investigation will be useful in the design and construction of sensors and surface acoustic wave filter devices.

The aim of this paper is to illustrate the effect of initial stresses on the propagation of plane waves in a general anisotropic elastic medium. Therefore, an analytical analysis supported by numerical tests to calculate the bulk acoustic wave propagation in Aluminum Nitrite (AlN) as piezoelectric hexagonal elastic material has been presented. In addition, the Christoffel’s equation has been solved and the corresponding eigenvalues and eigenvectors have been obtained. Then, an explicit expressions of the waves propagation with three distinct phase velocities in anisotropic piezoelectric material including the effect of the initial stresses have been derived. The three velocities of bulk acoustic waves (BAW) which are called quasi-longitudinal, quasi-shear vertical and quasi-shear horizontal for Aluminum Nitrite are numerically calculated. The numerical examples are considered to illustrate graphically the effect of initial stresses on the variations of velocities of the BAW versus the angle of the propagation. The velocities of BAW change significantly with initial stresses as well as piezoelectric constants. This research is theoretically useful in signal processing, sound system, wireless communication and for the design of surface acoustic wave (SAW) devices with high performance.

You can access Open Educational Resources without logging in.

Only users from SHMS member institutions can register/login. Click here to know more about member benefits.